Without a doubt, the most asked question by any expat living in China is “what VPN works best?” (or some version of that). In lieu of the fact that this question has been asked about a million and one times on just about every expat Facebook group that exists in China, get ready for an in-depth review about why, in my very humble opinion, you need to look no further than VPN.ac.

In an attempt to define once and for all which VPN is best for China, let’s start with a little backstory.

Like maybe: What is a VPN and what does it do? And then maybe: Why in the world you need a VPN for China in the first place? Cool? Let’s get started.

What exactly is a VPN?

We’ll start with the basics: the name. VPN stands for Virtual Private Network. To dumb that down for those of us who don’t have a degree in computer science, that means it takes your publicly accessible internet connection location and reroutes it through a private server, in our case, in another country.

Basically, VPNs secure our internet connection in the location of our choice.

Why do you need a VPN if you live in China?

If you haven’t heard of it already, China has this thing called “the Great Firewall”. The government uses this internet firewall to censor information coming into and out of the country. This gives them more control over the Chinese people and the perceptions they have about China and the outside world. It also gives the Chinese people control over a large part of the tech market in China.

How so you ask?

Well, in an attempt to censor information the Chinese government has blocked popular western sites such as Google, Facebook, Youtube, Instagram, Gmail, and Pinterest, among many others. So what are the Chinese to do without access to our everyday staple search engines and social media sites? Create their own versions of course.

In place of Google, the Chinese have Baidu, in place of Facebook they have Wechat and Weibo, in place of Youtube they have Youku, and the list goes on. These apps are written completely in Chinese and tailored specifically to the 1.4 billion strong Chinese market. Smart, no?

So, how exactly do we gain access to all of our favorite websites and social media platforms? You guessed it, with a VPN.

By routing our internet connection through a tunnel to the other side of the great firewall, we can browse the web free as a bird. 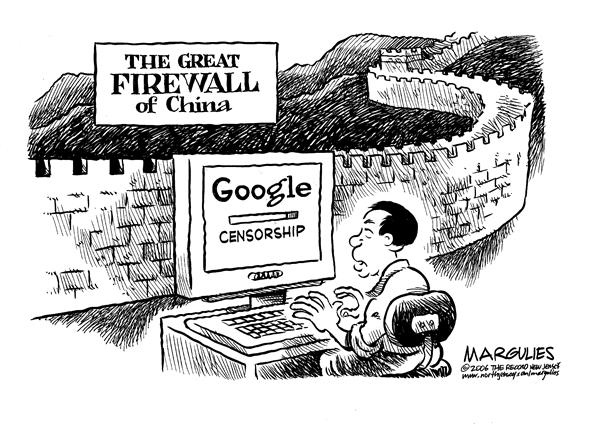 Convinced you need a VPN yet? Awesome! Then let’s get down to it.

The first thing we need to realize is that not all VPNs work in China. VPNs were created to make secure connections between computer networks, not for getting around a huge government firewall, so we have to be careful to choose one that was designed with this purpose in mind.

Ok, here we go. A simple Google search (which I could do, because, hey, VPN) shows many different choices of VPNs that work in China, including, but not limited to:

With so many choices, what puts VPN.AC at the top of the list?

Well, for one it just simply works, really dang well. VPN.ac is the VPN service that we have personally used during our time in China, and, after over 2 years of using it, we still have absolutely zero complaints. It’s always reliable, never drops the connection and works fast (ok as fast as slow Chinese internet can be). We’ve never had any of the issues I often hear friends in China complain about, super slow, dropped connections, or just an untimely decision to straight up quit working.

Part of VPN.AC’s advantage stems from the fact that as a smaller VPN company they can more easily fly under the radar of the Great Firewall of China. So while the big name providers are getting blocked we are free to browse away.

Another MAJOR plus in the VPN.ac bucket? At only $58/year (price in US dollars) it’s the CHEAPEST VPN on the market. That’s right, VPN.ac will not only tunnel through the great firewall and unlock your greatest website loves from the outside world, quickly, easily, and reliably, but also for cheap? Hells yeah.

Now for the stats. 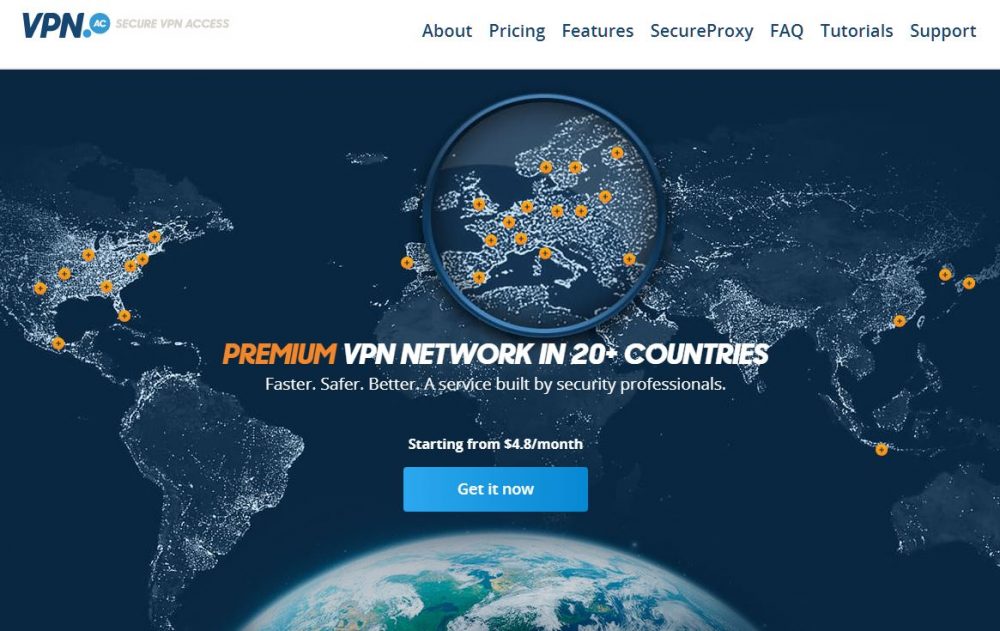 VPN.ac has 70 servers located in over 30 countries including the USA, Japan, Hong Kong, Singapore, and the UK to name a few (see their website for a full list if you’re curious). With the purchase of a single VPN plan, you can download the program on any device and have up to 6 connections in use at the same time. That means a family of 6 could each be using the VPN on a different device at the same time, no issue.

VPN.ac makes use of a variety of different VPN protocols: OpenVPN, L2TP/IPsec, and PPTP. Now a pause while I figure out what the heck that all means…

Ok, we’re back in business. Long story short, all those different protocols are just your options for choosing the method in which the VPN tunnels your internet connection to another location and encrypts it to make the connection secure. The general advice seems to be to use OpenVPN and avoid PPTP. OpenVPN is an open source technology that is constantly innovated, while PPTP is an older technology that is not as secure.

That brings us to this cool thing called Secure Proxy, a browser extension for Chrome and Firefox. With Secure Proxy, there’s no need to worry about all the different protocols mentioned above as all traffic is automatically encrypted through a secure tunnel. This is especially awesome for those of us scaling China’s firewall, as it basically transforms our internet connection into a stealth ninja that the firewall can’t catch.

Using the Secure Proxy browser extension, when China’s firewall goes to inspect your connection, no virtual alarms are triggered to alert the firewall that you’re using a VPN. As evidenced by the name, Secure Proxy is not actually a VPN, but a proxy which works in a similar manner. When the VPN is run on the whole computer, you can possibly trigger the firewall when using one of the aforementioned protocols. Using Secure Proxy, your connection gets left alone and the firewall moves on, crawling the web for other signs of mischief.

Note – VPNs are not illegal in China, just a wee bit frowned upon (meaning China tries to restrict their use). They would block them if they could, but foreign business uses them to connect to their company networks and China likes to have foreign business moving in.

VPN.ac is compatible with all major operating systems: Windows, Mac, Linux, iOS, and Android and every device: computer, tablet, and phone. Their website is also equipped with an entire tutorials section which shows you step by step how to install and use the program on every device, with any operating system.

VPN.ac has 4 different plans to choose from. All prices are in US Dollars. 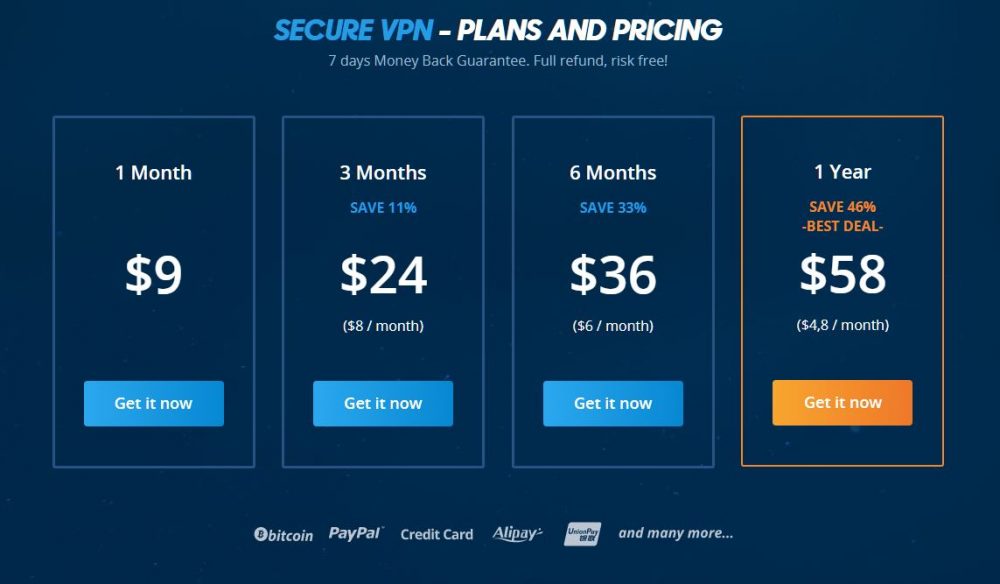 They also offer a $2 one week trial period you can buy before you commit if you want to test out their service with little to no financial investment. But even if you do commit and decide you don’t like it (although I’m not really sure how that could possibly happen because hello, all things Google are in your life again), VPN.ac offers a 7-day money back guarantee, no questions asked.

Can you buy a VPN while located in mainland China?

Yes, although due to the varied internet quality in China, it’s better to buy one and have it installed before entering the mainland.  Also, you might want to have access to at least your email when you arrive so it’s best to buy and download a VPN before you come. Astrill is the only VPN site of those listed above that is currently blocked in China, although the blocking of websites is constantly changing. VPN.ac even went so far as to make a sister site just for access in China, vpnac.com vs. their normal site vpn.ac.

How do all these stats stack up against the competition? 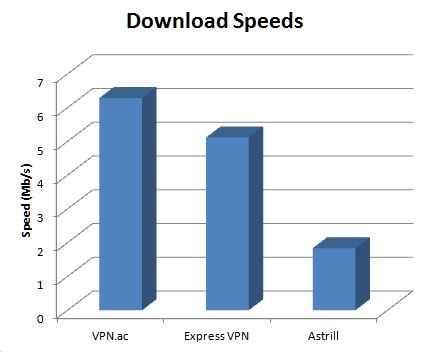 *Speeds tested via speedtest.net by myself and some very helpful friends in Zhuhai, China.

What can we glean from this little speed test? Basically that both VPN.ac and Express VPN work well in China, while Astrill is lagging behind.

The internet in China is extremely variable. Time of day, which VPN server you’re connected to, the internet quality coming into your apartment, your internet provider, all of these factors and more affect the speed at which we can surf the web. The internet tends to work best here in the mornings, starts slowing down in the afternoon, and then drastically crawls to a halt at nighttime when everyone is home from work and using the internet. If you’re just getting ready to come to China for the first time, be prepared for a drastically different quality of internet then you had at home, even with a VPN.

With great speed, reliability, and the best price on the market, VPN.ac really does deliver the best value for your money. After using their VPN service for over 2 years, we seriously can’t recommend it enough! It keeps us connected to our family, friends, and the beauty that is Google and Facebook, and for that, we are eternally grateful.

Interested in seeing more of what VPN.ac is all about? Check them out on their website vpn.ac, or their sister site vpnac.com

* This post contains some affiliate links. By purchasing a product or service through these links you are helping to support this blog at no extra cost to you! We only recommend products we personally use and love! 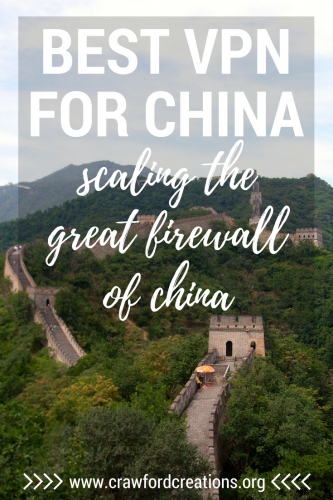