Traveling Abroad Has Changed My Life, and It Can Change Yours Too

My friends and family used to tell me all the time that I lived under a rock.  It was a good rock.  Safe, comfortable, and filled with all the things I loved.  In many ways, it was the perfect place, and I thrived there for years, until one day, the rock wasn’t enough anymore.  I had grown, and my rock, being a rock, remained stagnant.  This is a scary place to be, coming out from under the rock for the first time.  You have to take responsibility for your life, choose a direction, or lack of one, and make things happen for yourself.  I tried at first to run back under my rock, but, like a hermit crab, I had outgrown my shell.  After a few years of fumbling around, graduating college and freaking out, something amazing happened: I traveled, and by traveled I mean flew halfway across the world to China.

This girl, who lived under a rock, did the same things with the same groups of people her whole life, took her first plane ride ever and her first trip out of her home country at the same time, which just so happened to land her on the opposite side of the world, is now living abroad in China.  In the U.S. we always joke about digging holes to China as a kid, and now I am really here.

Something extraordinary happens when you are extricated so extremely from your comfort zone, your worldview gets swept out from underneath you like a rug, and you can see the world for the first time with fresh eyes.

For the first time I was a minority.  Stepping outside of our hotel door I was immediately immersed in a sea of people who didn’t speak my language, surrounded by road signs and storefronts written in characters I couldn’t read or pronounce, witness to traffic that followed no possible logic I could fathom, and the object of so many eyes and cameras I thought maybe I was mistaken for some sort of celebrity (either that or I had toilet paper stuck to my shoe).  As a middle class, white, American girl, I was an alien.

Deep in thought, working through my confusion, I eventually came to realize that in the spectrum of the entire planet earth I truly am a minority.  I have grown up in the U.S., one of the only countries in the world where so many different ethnicities, cultures, and religions coexist in one place, and are all of the same nationality, American.

Growing up I had white friends, black friends, Asian friends, Latin American friends, friends who were Christian, Jewish, Atheist, and everything in between, and that was totally normal.  We went to the same schools, spoke the same language, watched the same TV shows, etc.  I never considered my life to consist of much diversity, and never considered the possibility that most of the world doesn’t get to live like this.

For the longest time I couldn’t figure out why the Chinese were so enthralled by me, with my white skin, blonde hair, and blue eyes.  I kept thinking “I don’t understand, I have Chinese friends at home, and I don’t look at them like they’re weird.”  In China, they see white people on their billboards and advertisements on TV, but hardly ever in real life.  To them, I really did just walk out of the TV screen.  I am different, a specimen to be studied, and an alien for children to point at with gaping jaws.

As someone who has grown up riding horses and having pets in the house, I was shocked to find out that the Chinese don’t own many pets, and certainly don’t ride horses, especially not for sport.  These are things only us “rich” western people do.  Cycling, hiking, and camping, the activities that Justin and I enjoy doing together, are seen as strange.  After all, why would you ride a bike or walk when you could drive?  And why would you want to sleep in a tent outside when you have a nice apartment?

In a place where things such as modern transportation (cars, planes) and nice housing have so recently become available, it seems insane to them that anyone would want to give that up.  Why are you living like a peasant farmer when you don’t have to?  They don’t understand why anyone would want to live in the countryside when the modern conveniences of city life are, for the first time in history, so readily available.

As the odd woman out for the first time in my life, I got the privilege of seeing the world though a different lens.  At first it felt a little like looking into a fun house mirror where everything is warped, but once my eyes adjusted it all started to make sense.  The world is different than I thought it was, and not everything I grew up believing is true.

I used to think that strangers were untrustworthy, as I think nowadays most people that grow up in western culture do.  We hear it all the time, “lock your doors’, “don’t take rides from strangers”, “ be wary of people coming up to you or following behind you”, but when you travel you are thrown into situations where relying on strangers (sometimes those who don’t speak your language) is your only option, and in these situations I have found nothing but kindness.

The poor people whom we were told would steal our stuff if we left it out, have returned cameras and phones to us that we accidentally left on our seats as we got up to leave, and given us napkins and toothpicks without being asked just because they saw us messily eating a pineapple on the side of the road during a bike ride.  We are still always careful about what we take with us and leave lying around, but I now genuinely believe in the goodness in people.  There are bad apples everywhere, but traveling the world has shown me that the majority of people are nice and very willing to help you, if only you give them the chance. 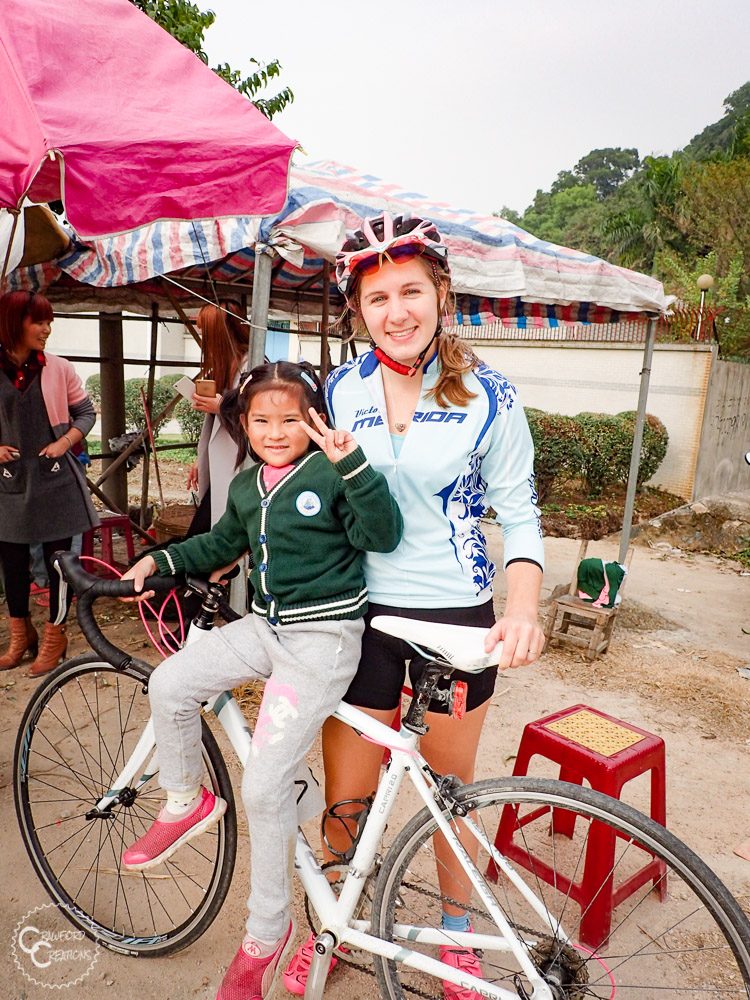 This human experience we are a part of at once unites and divides us.  We share so many problems and needs as human beings, yet how we meet our needs and solve our problems leaves open an infinite number of possibilities.  Just ask my pregnant friends in China, they have been told not to go outside during pregnancy, and that they shouldn’t wash their hair for the first month after giving birth.  To us that seems totally wacko, but guess what, both methods lead to healthy babies, so which one is right?

The right way to solve a problem is the one that works best for you, without sacrificing others in the process.

When I travel, especially on a nomadic trip like the bike tour we just finished, my worries and needs become very basic: “Where are we going to sleep?” “When and where will we find a place for lunch?”  These are not problems the average person faces anymore as we have become static beings with routines to make sure that these basic needs are covered.  We build homes to dwell in day after day, and return to the same places to replenish our supplies of food and drink.

Travelling has given me a newfound appreciation for the conveniences of modern life.  When you remove yourself from your normal life it becomes increasingly apparent that no matter what we look like or where we’ve come from the human experience truly is one of comradery.

I’ve grown to love meeting new people, of all types.  I’m more comfortable in my own skin and confident about who I am as a person.  I don’t ever assume that I’m right, and I welcome the opinions and thoughts of others, even those completely contradictory to my own.  I relish trying new foods and cooking with different ingredients.  I seek out new experiences and challenges and actually take comfort in my lack of routine.

Travelling abroad on the outside is chaotic and full of unknowns, but it’s only made me more confident and secure within.

Have you ever traveled abroad?  How has the experience changed you?