Questions & Answers: Do They Actually Eat Dogs in China?

In the west dogs are known as “man’s best friend” and are 100% friends, not food. But most humans out there do eat meat, aka, animals, the category of which, of course, includes dogs. So why do most of us think of dogs as pets and not food like all the other animals we eat?

Of course, there are other animals that fall into this category as well, such as cats and horses. But then there are the ambiguous animals, like rabbits, that can pretty much ubiquitously be considered both a pet and a food source. So what gives? Can’t all animals technically be raised humanely for food if we wanted to?

I think so, but therein lies the problem. Are China’s dogs being raised humanely for their meat?

China gets a lot of bad press for its annual Dog Meat Festival in Yulin, Guangxi Province. There are some truly horrid videos out there of pet dogs being stolen and brought in cages to the markets, as well as dogs being beaten to death in the street. It’s disturbing and sickening, and all sorts of horribleness.

But is this an isolated case? Just because one town in China holds a dog meat festival and has been shown to have inhumane treatment of dogs doesn’t mean that eating dogs is widespread throughout the country. China is a huge country after all.

Luckily, this is the only such dog festival I’ve heard about in China. Seems like a strange concept, to have a festival of dog meat, but let’s compare with something a little closer to home. The US has many such barbecue festivals throughout the country showcasing the best barbecue pork. And lots of spectators come to taste the meat. So in that aspect having a dog meat festival is really not so different. 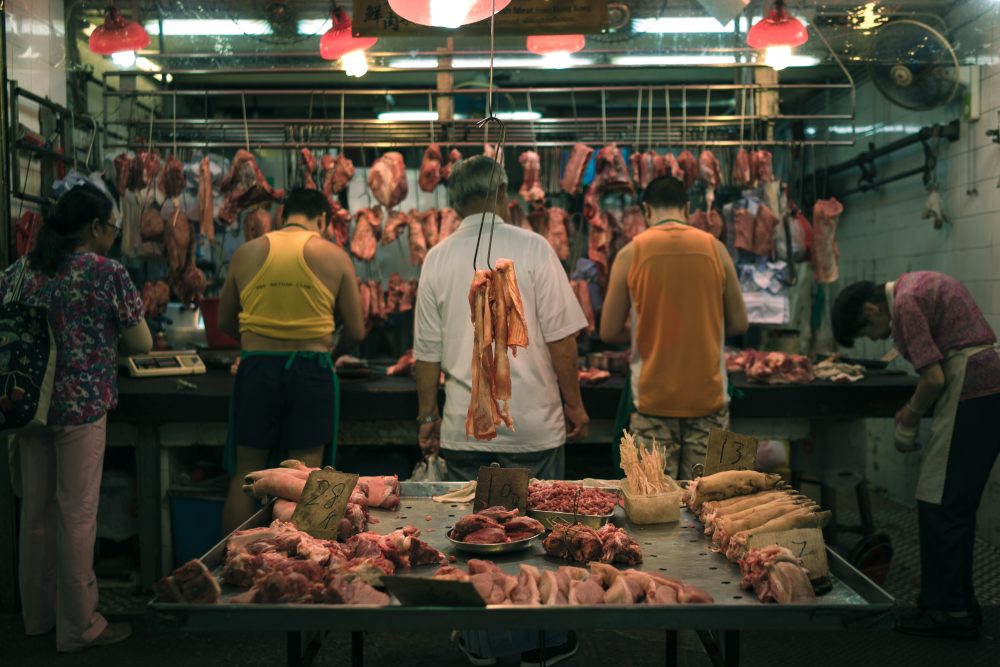 How Common is Eating Dog in China?

I know that a lot of you take huge offense to people eating dogs in general. I’m not totally comfortable with the idea either, and of all the weird things I’ve eaten in China I have never personally eaten a dog.

In fact, the majority of Chinese people share my opinion of abstaining from this traditional practice. According to a survey conducted by a Chinese NGO “Over 70% of Chinese people report they have never eaten dog. Of those who have most claim they did so unknowingly at a social or business dinner”.

The Chinese often use rare, (most times) expensive foods such as dog, shark fin, and bear paw, to impress important business or social contacts at a big fancy dinner. Food is very much entwined into social status here in the Middle Kingdom, so all the weird stuff comes out at business dinners, commonly washed down with a ton of alcohol.

Although you can find dog meat sporadically served throughout the country, it is most commonly consumed in Guangxi, Guangdong, and Yunnan Provinces in Southern China. The Southern Chinese have a notorious reputation for eating everything. All the weird foods live in Southern China.

Overall, the consumption of dog meat is pretty rare in China. Yes, you will occasionally find a restaurant that serves dog meat, but it is certainly not a popular menu item. I personally don’t know anyone here who eats dog and have not ever seen it in the markets or on a menu. 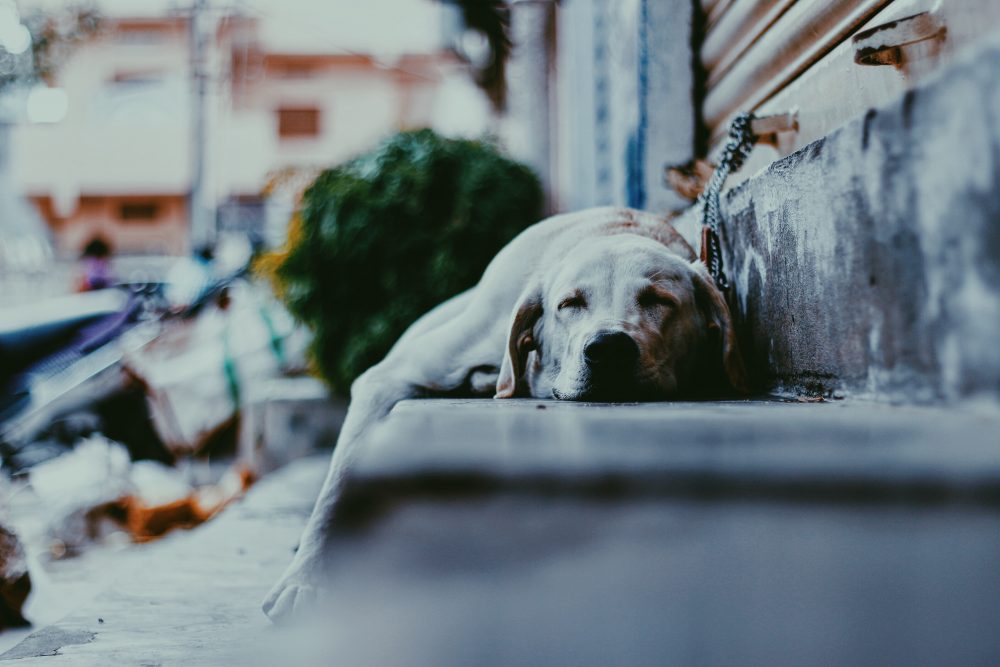 Where does the practice of eating dog come from?

The consumption of dog meat in China is closely tied to Chinese Medicine. Dog meat is considered a warming meat and thus eaten almost exclusively in the winter time.

Chinese medicine has strong ties to nutrition. Because of this most Chinese are very strict with what they eat and when. The Chinese believe that eating certain foods can treat diseases, eliminate aches and pains, or even help you to conceive a certain sex child.

There are also many different food items known to benefit women or men respectively. Boiled chicken is supposedly very good for women, whereas oysters are particularly good for men. I often hear Chinese people choosing what to eat on a menu based on which foods are good for certain body parts, such as the skin, or lungs, for example.

Chinese Medicine also classifies food based on warming vs. cooling foods. The kicker is that this has nothing to do with the temperature of the food as it’s served, but with the affect the food has on your body after it’s ingested.

Dog is considering a warming food, meaning after eating it your body will continue to generate heat, warming you up, whereas hot tea is actually considered cooling, meaning although it is hot to the touch, the heat dissipates quickly and the tea generates a cold energy allowing your body to cool down.

If you think this sounds like bullshit, we would agree with you. In practice, we can definitely say that drinking boiling hot tea on a hot summer day does not at all cool you down, in fact, it makes you hotter, shocker. So, take Chinese Medicine with a grain of salt.

What Are the Major Problems With China’s Dog Meat Industry?

Well for starters, there is no real industry of the traditional sort. It’s kind of an underground and very much shady business to be in.

While it is legal to eat dogs in China, the market for it is completely unregulated and unsupported by the government. It’s estimated that around 10 million dogs are slaughtered for meat each year in China. This seems a bit less shocking when you compare that number to the 716 million pigs slaughtered every year, but still, it’s a rather large number.

Where are all those dogs coming from? Are there dog farms where dogs are bred and raised for consumption?

Unfortunately not. Raising dogs for food might seem barbaric, but trust me, it’s much preferred when compared to where all these dogs currently come from. According to both the International Humane Society and Animals Asia who have done intensive research on the issue, most of the dogs found in Chinese markets are either street dogs snatched off the roads, or worse, stolen pets.

Another major issue with the consumption of dogs in China is the general lack of veterinary care in the country. Most dogs in suburban and rural areas in China are not vaccinated, which is where most of the dogs ending up in markets come from (it’s much easier to steal a dog from someone’s yard than from a 30 story apartment building).

China currently ranks second in the world for the number of human deaths from rabies, most of which are due to dog bites. This actually poses a risk not for those who eat dog, but for those who handle the dogs when alive.

There have also been reports of dogs being tortured and beaten to death in the markets under the belief that the adrenaline produced by the beating makes the meat tastier and more tender. Modern scientific research, on the other hand, has shown either no effect or a slightly negative effect on meat tenderness with an increase in stress and adrenaline just before death.

Basically, being involved in any way in what little there is of a dog meat industry in China is bad news bears. It’s detrimental to both the dogs and the humans handling them. Unfortunately, tradition has a tight hold on China’s older generation. 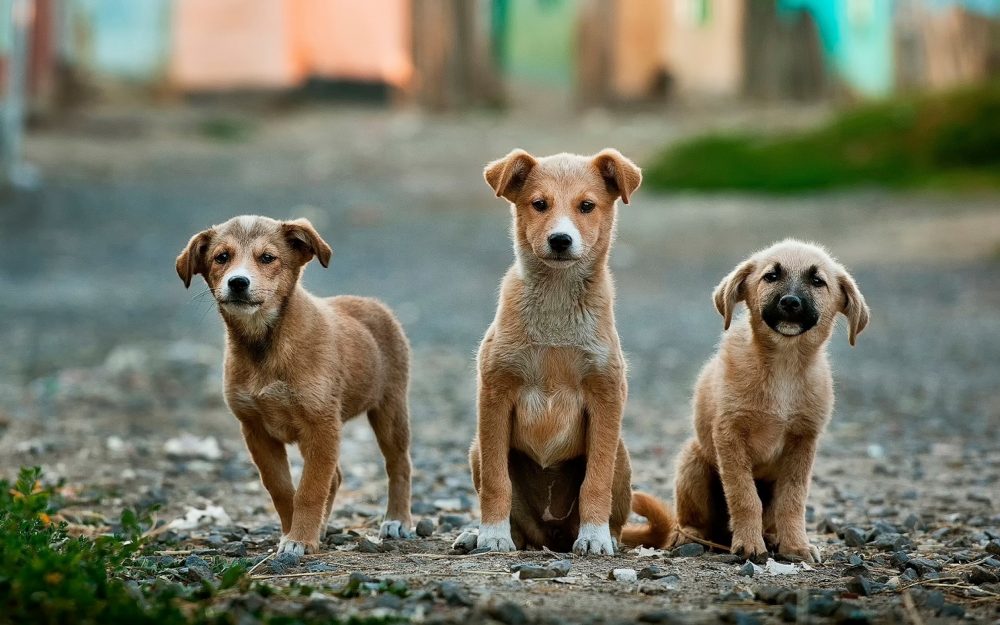 Will China’s Dog Eating Practice Continue in the Future?

With all the bad press China’s dog eating culture has gotten recently, both internationally and domestically, pressure is rising to stamp out the industry altogether. Pretty much all of China’s millennial generation is highly against eating dogs, and every year they have gotten more and more vocal both online and in the flesh.

Animal activism is currently on the rise in China and the prevalence of people keeping animals as pets has risen significantly in the past few years. It’s pretty common nowadays to see people dressing their dogs in shirts and carrying them around like babies.

Things are looking up for China’s dogs, and I have a feeling that within a generation the dog eating culture will be all but extinct.